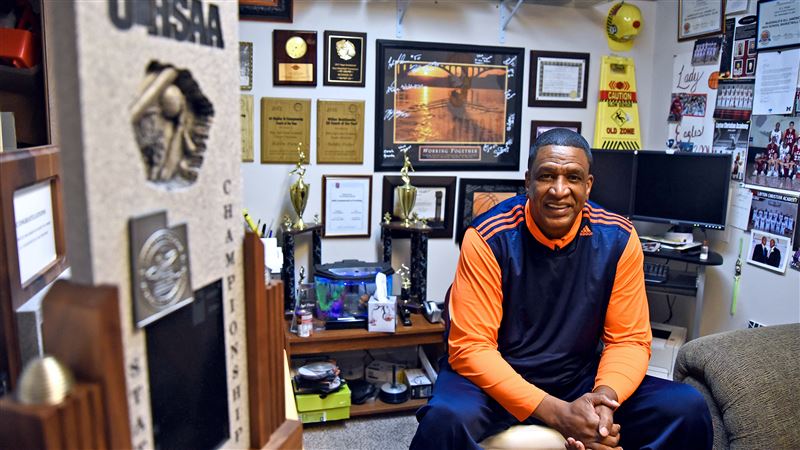 I played at Roth High School in Dayton, Ohio where I was All-City and All-Area. Then, I went to Tennessee Tech and started all 4 years. I was fortunate to be on the OVC All-Freshmen Team and made all OVC. I went on to play professional basketball in Venezuela where we won the national championship both years I was there. I came back to coach at my high school alma mater as a freshmen coach and later moved onto coach at Dayton Dunbar as a JV coach. I received my 1st head coaching Job at Dayton Belmont High School and later coached at Dayton Christian. My first head coaching job in Utah was at Northridge High School where I was the assistant varsity coach. Later, I became the head coach at Salt Lake Christian Academy and then moved to Layton Christian Academy where I have been for the past 15 years.

Good defense turns into great transition basketball, which the people love to see. Why not give the people what they want and fill up your arenas!

That my players will be college ready on and off the court or they will not be in my program.

What’s the most important thing a student-athlete should focus on to put himself/herself in position to get successfully recruited by colleges?

First, be a student-athlete, not a athlete-student. Second, focus on playing an all around game and not just for points. Third, whatever your role is, do it to the best of your ability. Coaches recruit players to play certain roles.

As I have watched the recruiting game evolve over my 36 years of coaching, instead of you personally calling each individual coach or sending them letters, you can just put your info and highlight films on FieldLevel for all coaches to see.
Share
22 / 21