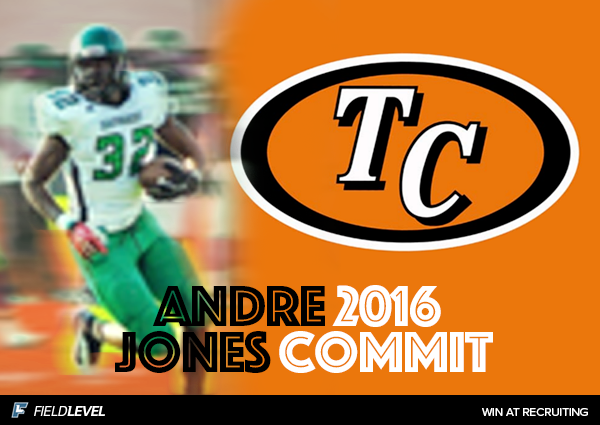 Andre joined FieldLevel on March 10, 2015, and he was immediately assessed and certified by his coach, Eric Rainey. To help recruiters better understand his unique qualifications, his academic information and highlight videos were also added to his profile.

Including Tusculum College, Andre targeted 21 different college programs on FieldLevel. Tusculum first viewed Andre’s profile on September 17, 2015. The view was prompted by a promotion sent from his coach.

When asked about Jones’ recruitment to Tusculum, Coach Rainey said, “Andre is a great young man who exemplifies what a student athlete is. Andre has a 3.8 GPA and pushes himself just as hard in the classroom as he does on the field. In only his second year playing football, Andre has already made a name for himself. He has a very bright future because he understands there are no short cuts in life. I am proud to have coached Andre and look forward to watching him shine in the future.”