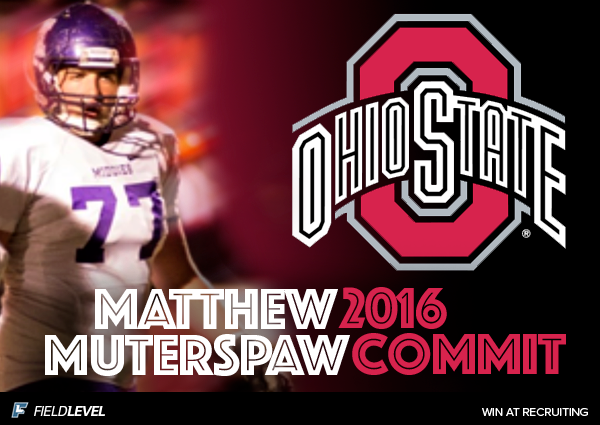 Matthew joined FieldLevel on February 9, 2015, and he was immediately assessed and certified by his position coach, Bill Egner. To help recruiters better understand his unique qualifications, his academic transcripts and highlight video were also added to his profile.

When Muterspaw was asked why he chose Ohio State University, he said, “I wanted to play at the DI level, and it was an ideal place for me athletically and academically. The OSU coaches came to visit me several times, and I felt very comfortable with them and that helped me in my decision. Plus, it’s close to home, so my family can easily see me play.”

Coach Egner, followed in saying about Muterspaw’s recruitment, “Matthew is a perfect example of an athlete that has overcome a great deal of adversity. With his hard work and dedication all that adversity has paid off. Ohio State is getting a tremendous athlete and young man. We knew he could play at a high level and are excited to see him fulfill and carry on his dream playing at THE OHIO STATE UNIVERSITY!”